There were already a number of great reasons to pay for Fathom Analytics, and I’ll do a full review in a future post, but today I want to focus on some upcoming changes to macOS and iOS which makes the move an even better decision. (Updated: Why I switched to Fathom Analytics)

Both macOS and iOS ship with a new version of Safari. One of the features Apple has been promoting is a per-site “Privacy Report”. It’s a little bit more prominently featured on macOS, but on both platforms the end result is the same: website trackers (like Google Analytics) are blocked.

My podcast is hosted on Simplecast, which only supports Google Analytics, so let’s see what that looks like on both of the new versions of Safari.

As an aside, I’m strongly considering moving my podcast from Simplecast to Transistor.fm because they support Fathom Analytics. If I make that switch, I’ll post another article reporting on how that migration went.

Here it is in macOS: 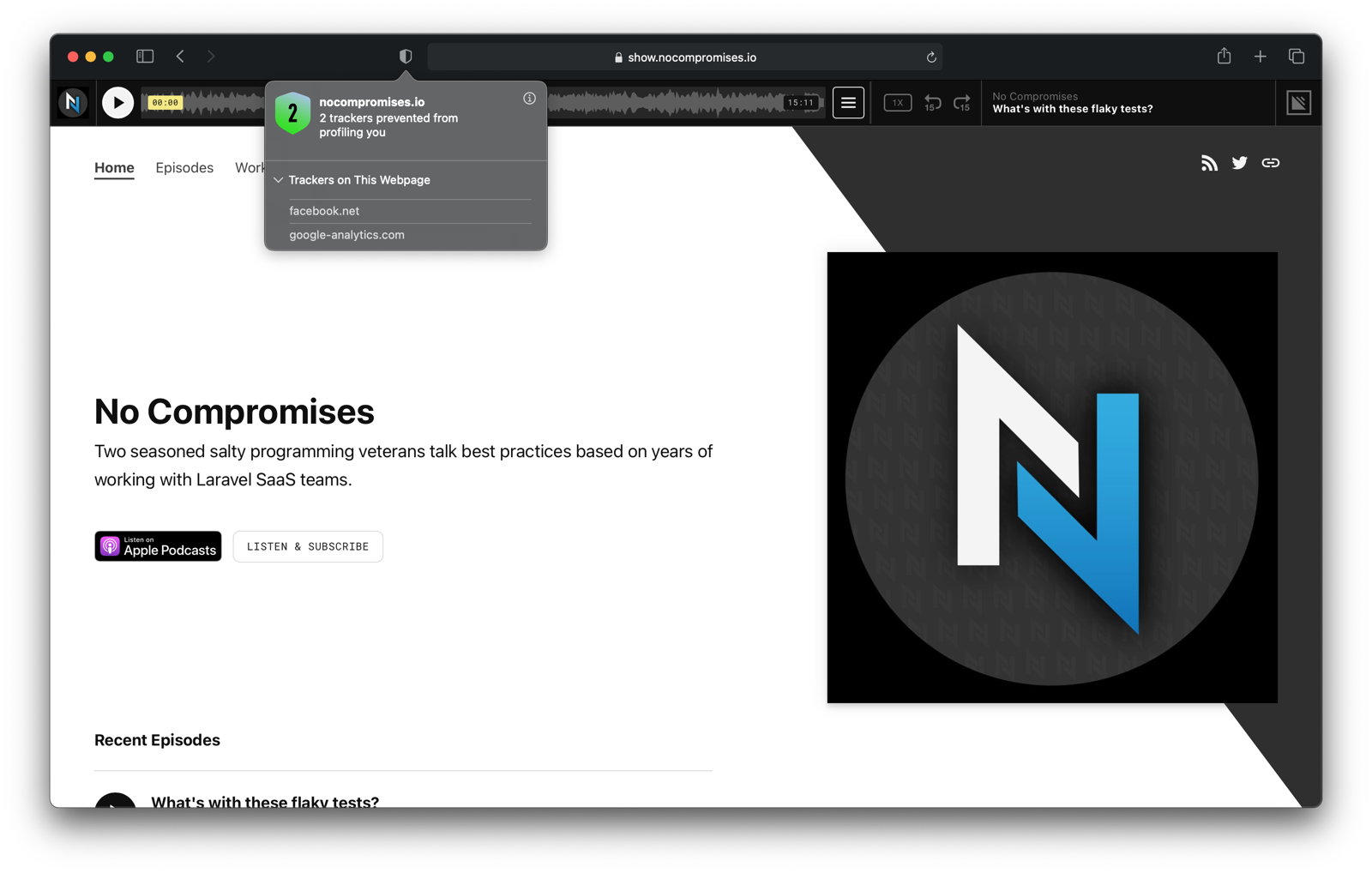 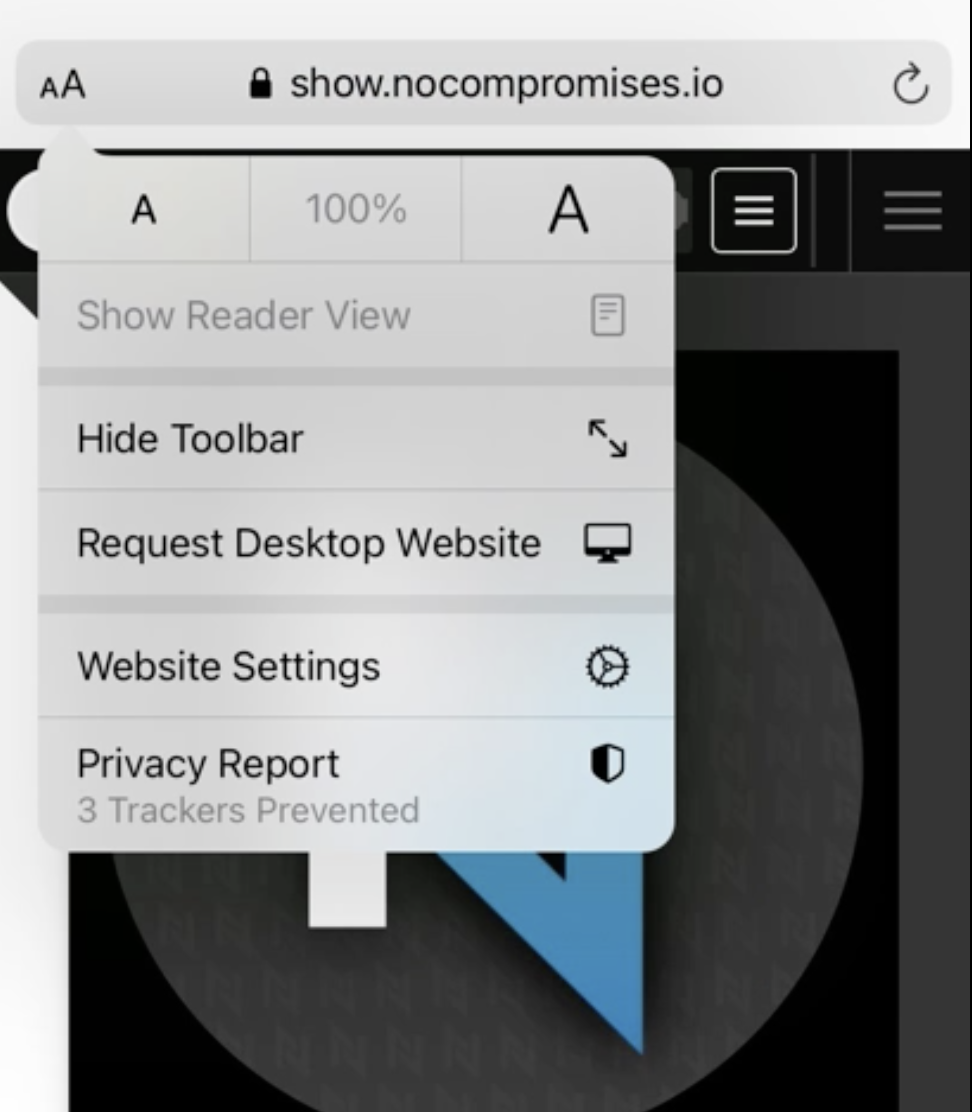 And just to be clear, even if someone didn’t click to view the Privacy Report, the Google Analytics script would still be blocked, and that visitor would not be counted.

Now, how does this look with Fathom Analytics? 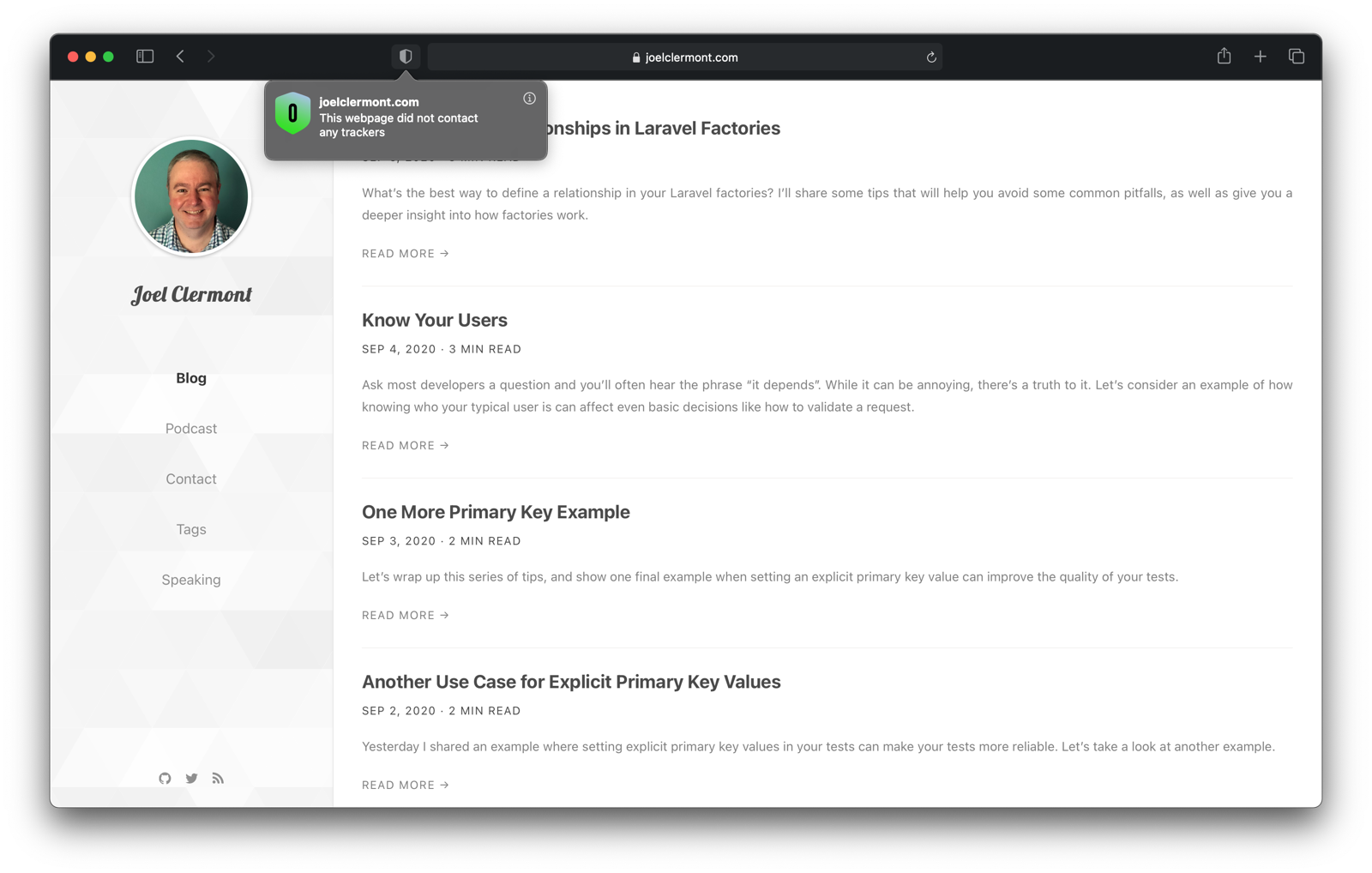 Much nicer! Not only is it more effective, and gives me more accurate analytics, it also sends a nice signal to my visitors that I respect their privacy and don’t want to contribute to their being tracked online. This is easily worth a few bucks a week for me.

Apple hasn’t yet announced a specific date for the official release of macOS 11, but it is coming before the end of the year. Maybe this will give you the nudge you needed to consider switching your sites to Fathom.

Note: If you want to give it a try, there is a free 7-day trial available. But if you use this link, you’ll get an additional $10 credit on your first invoice, and you’ll help support this site: Sign up for Fathom Analytics. Even their referral links respect your privacy!